All Things You Should Know About IoT Testing 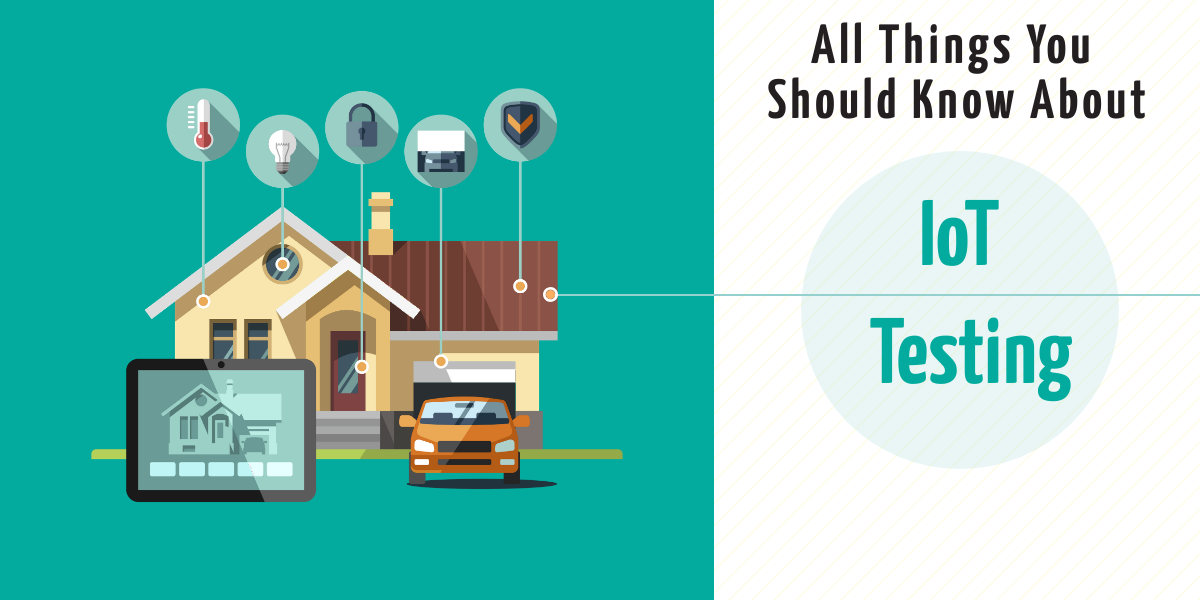 Human beings evolved on this planet centuries ago. Though this is the ultimate truth, yet another thing that cannot be falsified is that they are evolving each day rather. They are developing new necessities of life, exploring possibilities and adopting newer and advanced techniques to lead a life better than ever before. Such a development, exploration, and adoption are the Internet of Things (IoT). With IoT, human beings have become more empowered and automated.

The things they used to do manually then are now done remotely relaxing on a cozy couch. Everything is now connected, and we are connected to everything over this huge network. Isn’t this an obvious revolution in the history of mankind? Well, you are better enough to judge that. So, now a good question would be, how things are different today with IoT and as to how IoT is leading technology. Let’s discuss it further.

What Is The Internet Of Things?

The IoT is a connection of everything including appliances, vehicles, and other equipment with the help of embedded electronics systems, microchips, etc. that makes it possible to gather and exchange data over the massive network.

Some of the areas where IoT has been implemented in real life include- wearable technologies like Fitbits, development and infrastructure, and healthcare.

Technologies Used In the Internet of Things

The Internet of Things (IoT) and Testing

IoT includes three core components, namely Things, Communication, and Computing. Test automation for IoT monitors analyzes and checks all these components. An IoT tester has to verify and scrutinize all the metrics and tools for making sure that the application is reliable when interacting or communicating with hardware across the network.

There are five types of basic testing approaches for IoT. All of them are briefly discussed below.

By this testing approach, the software-hardware components of the device are validated with several test cases. The purpose of performance testing is to identify the relation that the object has with the software it interacts. The testers must validate the compatibility by analyzing sensor interactions for ensuring effectiveness and credibility in a real-time environment.

This is an estimation of how different devices interact with one another as well as the digital network. In this testing approach, different validation considerations including encryption checks, hardware compatibility, and security standards are carried out from device to network layer.

This testing approach is regarding how a particular application, system, or device functions across different interfaces and channels. According to the data acquired from the various use cases, the testers validate the user-experience, and another back-end, and front-end functionalities.

The users define the success of every application. Even IoT applications meeting all the essential testing and requirements may fail in the market. Hence, exploratory testing is very crucial for checking the way an application works while interacting with real users.

Challenges To Face With IoT Testing

There are a huge number of challenges that an IoT tester can face while conducting his task. Some of them include:

1. The Complicated Mesh Of Hardware-Software

The IoT architecture is coupled closely among many different software and hardware components. So, in this case, just functionality testing doesn’t hold well. Hence, it often gets tedious for the testers in comparison to the testing of generic systems.

Also Read: How to Overcome 5 Biggest Challenges in IoT Testing

In an ecosystem of IoT, the network connection has a major role as the game is everything regarding consistent data communication at high speeds. Hence, IoT applications require being tested in every type of speed or network connectivity. However, the real-time network always is a different scenario about which the testers cannot be completely certain.

IoT expands across various devices from every platform including Android, iOS, Linux, and Windows. Testing on every possible device can be a big challenge and overcoming that is tough.

Since this architecture involves various hardware-software sets, it is compulsory that they interact with one another in real-time. When both of them integrate, aspects like security, upgrade issues, and backward compatibility becomes challenging for the IoT testers.

The approach for testing IoT applications can vary depending on the architecture or system involved. The IoT testers should carry out testing from the user point of view rather than doing the same according to the requirements. Although IoT testing can be challenging, yet it is a quite exciting job. Moreover, as IoT is developing rapidly, the scope of IoT testing is huge and will continue to grow in the upcoming years.