Benefits of Using Automation Testing for Your Website Testing 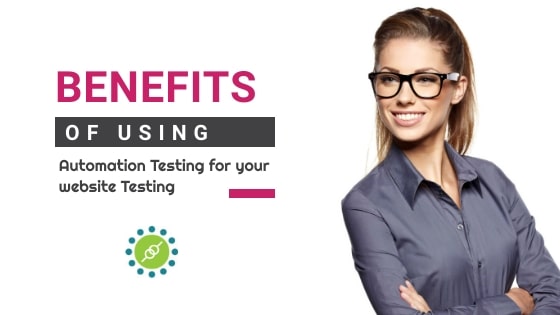 Automation testing has no doubt proved to be a blessing in the IT sector. From increasing proficiency to enhancing software quality, the use of automated testing has surely brought a revolution in the industry. But that being said, how can test automation be helpful in website testing?

Regression testing is verifying if the software designed and tested previously still works in the same manner after going through modifications. Sometimes the tested functionalities stop all of a sudden. In this situation, test automation can be a time-efficient and cheap regression testing procedure.

In website testing, many sensitive and delicate test cases need to be covered. In this scenario, test automation is a good investment for saving resources as well as time. Moreover, the return would be wonderful.

With test automation, the QA analysts would not have to prepare new scripts over and over again. For instance, for testing the login page of two web projects, they can make use of the same existing login script. They would only have to make a few small modifications.

4. Early Detection Of The Bug

In website testing, the detection of bugs from beforehand is very crucial. The sooner the bug gets detected, the faster, simpler, and cheaper fixing it would be. With automation testing, the critical errors can be identified and resolved from beforehand before their reaching to the next phase of the web project.

While performing website testing, it is important to take care of accuracy. When test automation is combined with the traditional manual testing process, the accuracy of the tests performed on the web project gets doubled. Moreover, as the bugs get eliminated in the web project beforehand, the QA analysts would not need focusing on that part every time. They can rather take up new functionalities and perform increased accurate testing.

It is important for QA analysts to understand the real scope and true potential of automation testing to use it effectively. This discussion would not only enlighten you about the benefits of test automation in web testing but would also help you explore the method for an increased positive outcome.