Jmeter Vs LoadRunner: Which One Is Better for Performance Testing?

KiwiQA-Blog-JMeter-Jmeter Vs LoadRunner: Which One Is Better for Performance Testing? 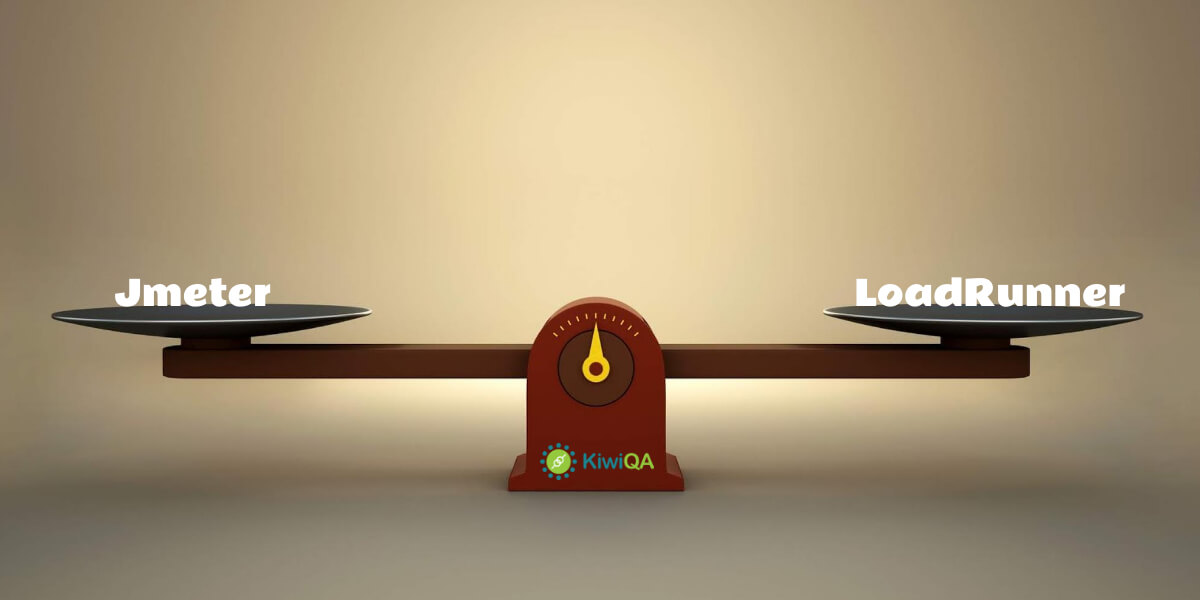 When it comes to QA and software tests in the two vital names that come in our mind are HP ApacheJMeter and LoadRunner. Both of these tools play a great role in tracing the application’s limitations and finding out bugs in the tested apps. Selecting one of them is an arduous task wherein Micro Focus LoadRunner has the repute of being backed by a leading company; ApacheJmeter is open-source or free and promises to deliver more.

The Micro Focus LoadRunner is categorized as the software tool introduced by HP that is extensively for performance testing. It is used to discover threats and issues found in web apps. This tool is best used for detecting early defects in the app before the actual implementation begins. The JMeter on the flip side is another most effective software testing tool launched by Apache which is used by the software developers for scrutinizing the app. This software is a free or open-source tool that is also used for the functional performance of web apps.

Comparison between JMeter vs LoadRunner

ApacheJMeter is an effective tool that is used by a reputable Performance testing company for testing and analyzing the load on client and server apps. It is a Java-based software testing tool developed by Apache Software Foundation, Jakarta. JMeter is free software that helps to calculate the performance and test the functional behavior. Originally, this tool was developed for analyzing Web apps but currently has stretched to distinct functions. JMeter can execute its tests on several platforms both dynamic and static as FTP servers, Java objects, servlets, files, databases and queries, SOAP, Pearl scripts, POP3, HTTP, and many more.

When Do We Need to Employ Jmeter?

Web apps are well-developed and designed on a mass scale all-across the globe. With several choices accessible, users only opt for software apps that give them better outcomes. Thus, your app has to be optimized for higher performance to stay ahead of the competition. JMeter is an ideal performance test tool for web app tests. It provides users several capacities for performance tests and integration. Hence, you can’t merely assess the functional capacities of web applications and services, however, also calculate load strength as well as compatibility amid various platforms.

Moreover, QA engineers have the choice for transferring test tools for several browsers and servers. At the same time, Apache JMeter provides robust traits to run tailored tests on protocols like HTTP and HTTPS for web, POP3, SOAP, SMTP, and JMS.  Consequently, you can make certain that your web apps are error-free and highly-performing.

Jmeter presently has the following integrations:

Micro Focus LoadRunner is an automated or proprietary interactive software testing tool that is used for testing the app’s performance. This particular test tool is designed by Mercury Interactive to assist in detecting the behavior of network apps and servers under load stress, normal, and prolonged test. This particular performance tests tool was later on taken over by HP (Hewlett-Packard) in Nov 2006.

Micro Focus LoadRunner supports several app environments, platforms, and databases, as Web Service, .net, J2EE, ERP/CRM apps from SAP, Oracle, Siebel, and PeopleSoft, streaming & wireless media. LoadRunner is an extensive tool that can recognize most of the bugs. It collects component and system-level performance information through a comprehensive range of diagnostic modules as well as system monitors. The tool presents you with accurate information about E2E (end-to-end) system performance. It assists to establish the fact that the upgraded versions of the apps are at par with the precise requirements of performance and also eliminates the performance barriers.

When Do We Need to Employ Micro Focus LoadRunner?

Micro Focus LoadRunner is exceptional as it offers users an exact and wholesome image of an app’s E2E (end-to-end) performance. Consequently, users can identify and mitigate performance bottlenecks straight away. One can use the performance testing tool to imitate thousands of users at the same time. As a result, your QA team can replicate real-life user loads on your app and get ready for the live environment.

At the time of performance tests, Micro Focus LoadRunner will gather data from key infrastructure elements like web servers and database servers. After the compilation of data, the app analyzes the gathered data in detail and offers helpful insight into why the app is misbehaving in a specific way. Thus, users can effortlessly determine the major reasons for glitches in the app. Simultaneously; LoadRunner is extremely versatile and supports a huge number of apps. Hence, software developers can test a series of apps, counting .NET, mobile, Java, Flex, SOAP, ERP, HTML 5, legacy, Silverlight, GWT, Citrix, and Ajax.

Moreover, Micro Focus LoadRunner gives QA testers and developers of Performance testing Services Company wide options to test mobile apps. By employing the performance tool, you can compute the performance of your mobile application in terms of the backend, device level, and network. As LoadRunner also provides users traits for the cloud-based test, you can execute robust, fast, and realistic load tests, from various geographic locations. You can also undertake to vary the website load and imitate the necessities of business apps with the aid of the cloud.

Also Read: Selenium vs. JMeter: An In-depth Guide for Testers

Both JMeter and Micro Focus LoadRunner can be used to execute large-scale load tests on apps and services, however, they each have standout capacities and features.

LoadRunner and JMeter- Parameters of Comparison

JMeter is free and open-source software tests tools that can be effortlessly downloaded to execute any test. On the other hand, Micro Focus LoadRunner is a costly software testing tool. It has released free trial versions recently however, it can’t be easily downloaded for use.

Apache JMeter has limitless load creation ability. On the flip side, Micro Focus LoadRunner has a restricted load generation capability.

Implementation is simpler in Apache JMeter. You just require installing Java, downloading Apache JMeter & uploading the JMeter script file. Execution is, however, complicated as compared to Apache JMeter. It generates one thread for every single customer.

Analysis reports are simple to understand for less skilled and experienced engineers, and also enable thorough analysis for QA testers with more knowledge. The data is in a raw format which is parsed by HP Scrutiny to create various graphs.

Apache JMeter has a vibrant community and supports users who jumped into problems and issues. However, another tool is owned by a huge corporate, restricting the no. of users.

You can execute comprehensive load testing without knowing a bit of code in Apache JMeter. Micro Focus LoadRunner, on the flip side, needs scripting knowledge.

Both HP LoadRunner and Apache Jmeter are outstanding performance test tools depending on your QA and testing requirements.  If you are seeking for a tool that offers you root-cause analysis and in-depth bottleneck detection plus other advanced test features, then you should consider Micro Focus LoadRunner. However, for many software teams, Jmeter is a sensible choice that offers them all crucial performance test traits without charging them any amount. Jmeter is an incredible free platform that has incredible potential for customization and can assist one in tailoring the performance test tool to your needs.