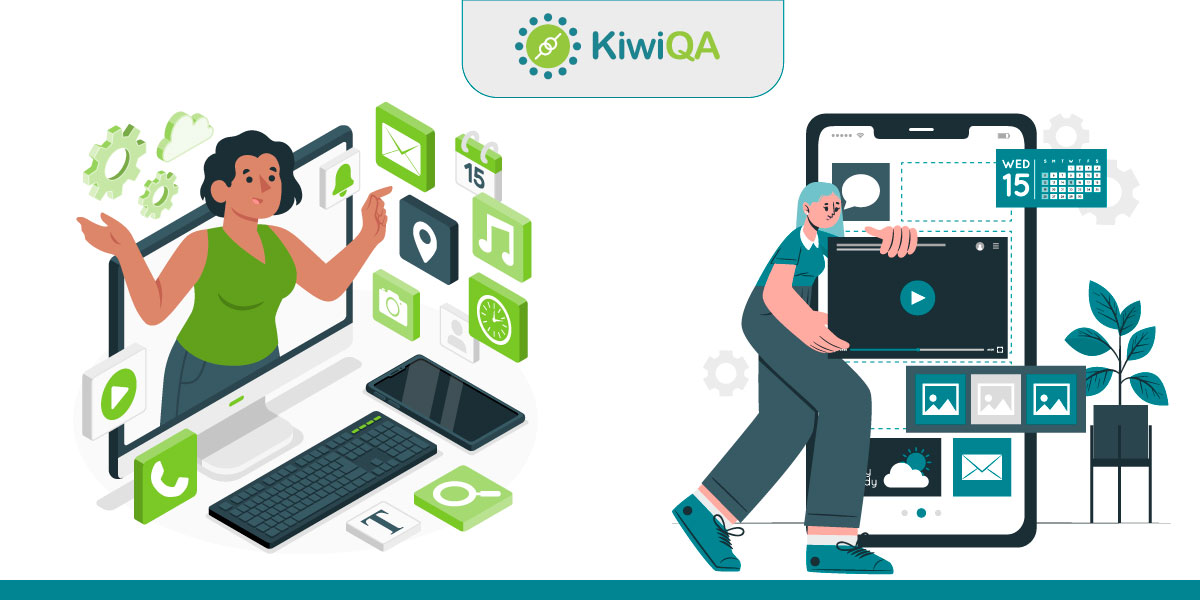 Digital consumption is on a rise in every country of the world. Consuming news, gaining entertainment, playing games, etc. have undergone a significant change owing to the smartphone revolution. Mobile internet is like an icing on the cake, as a majority of the consumers use that form of internet on their hand-held devices.

As per Statista[1], close to half of web traffic worldwide was generated via the mobile. Though consumers prefer mobile applications over mobile compatible websites, there are scenarios where some businesses may not be required to release a full-fledged Android (or iOS) application.

Rather than developing a native app, many businesses opt for a Progressive Web App (PWA) in order to provide their customers a super-accessible mobile experience. PWA is leading the app-less revolution. A lot of websites in travel, e-commerce, etc. have been leveraging Progressive Web Apps to provide a seamless user experience on the mobile web.

Indian e-commerce major Flipkart achieved great results with Flipkart PWA where the time on site tripled after they rolled out a PWA version[2] of the site. Online travel major Trivago also witnessed a 97 percent increase[3] in CTR of hotel sales after rolling out a PWA. There are many examples of how PWAs have helped a number of online businesses achieve better results, in terms of clicks and retention.

In a nutshell, a mobile responsive website has become an absolute necessity else there is a high possibility that your existing customers might shy away from the website. Many enterprises learn from the expertise of software QA outsourcing companies since they have the experience of testing PWAs. Now that we have covered some of the integral aspects of PWA, let’s deep dive into the world of Progress Web Applications.

What Are Progressive Web Apps (PWAs)?

In simple terms, progressive web apps are mobile-view websites that are packaged such that they provide a native app experience. The best part is that all of this is done from the web browser itself.

The Progressive Web App of the product (or service) can be added to the home screen for faster access. Many businesses prefer PWAs since they have zero dependency on the device OS. Also, multi-platform support can be added to the PWA using popular technologies like HTML, CSS, and JavaScript.

In a nutshell, PWAs are popular since they blur the lines between mobile compatible websites and their corresponding native app equivalent. Many software testing services companies in the UK, US, India, etc. have expertise in testing all the various aspects related to the PWA.

As more & more companies take the PWA route, it becomes necessary to perform testing of the progressive web app at a larger scale.

When building any application (or website), it is important to also consider the maintenance aspects of the same. As per data, maintenance cost of mobile applications is  approximately 20 percent higher than its production cost.

As mentioned earlier, creating a native application is an entirely different separate activity. Hence, its maintenance might incur huge costs depending on the size & scale of the application.

On the other hand, progressive web apps are more economical on development & maintenance front; owing to which the overall cost incurred is significantly lesser than its native counterpart.

Progressive Web Applications are much smaller in size in comparison to native applications.  For example, the size of PWAs of Twitter, Facebook, Flipkart, etc. is in a few KBs when compared to MBs of their native counterparts.

Hence, PWAs can be beneficial if the target audience is using mid-range mobile phones that are equipped with lower RAM/ROM configuration.

A majority of the native applications require the user to be continuously connected to the internet. Though some of the contents would be cached but still connectivity will be required.

On the other hand, PWAs leverage a feature called Smart Caching that securely caches important data on the website (or application) so that the PWA can be accessed even when there is no internet connectivity.

I earlier mentioned that users have a lot of choices up their sleeves. Hence, it is important to provide them with an exceptional user experience else they might not return back to your website (or app).

As per statistics, users are less likely to return to the website if it takes more than 3 seconds to load the content. Since page load speeds on PWAs are much lower in comparison to normal websites & applications, users are more likely to like the PWA experience. Reduced bounce rate means that higher time spent on the site, which might result in the overall improvement of the business.

There are a number of ways to test the functionalities on PWAs. Let me walk you through some of the most preferred ones.

This is one of the most common ways to test PWA on Android devices. Perform the steps mentioned below:

The only downside of this approach is that it can only be used with Android devices.

There are a number of cloud-based testing platforms like LambdaTest, Browserstack, Netlify, etc. where native apps as well PWAs can be tested at scale.

The advantage of using such platforms is that you can also test PWAs that are still under the development phase.

Progressive Web Apps (PWAs) offer a number of advantages to developers as well as businesses. Many companies opt for a PWA-native web application strategy so that they can address all types of users with this multi-fold approach.

Enterprises as well as developers can seek the expertise of companies that offer software testing services so that PWAs can be tested from all the aspects. Such an approach also helps in cost savings, time savings, and achieving expedited time to market!