What Automation Tester Needs To Know About Compatibility Testing? 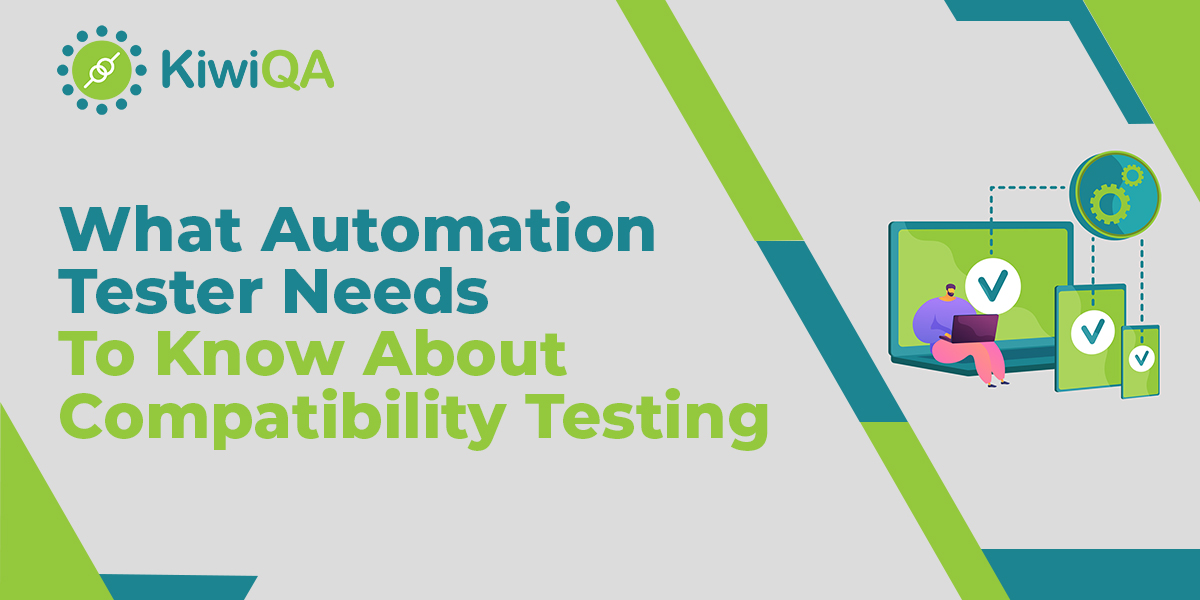 A plethora of browsers, devices, and platforms that are available at your customer’s perusal for accessing your web product. This is particularly more relevant when you are building a B2C product. Does that mean that testing across these different combinations is not important for a B2B product? Definitely, not!

Compatibility testing should be taken up on a high priority, irrespective of the target market segment. Cross-browser compatibility is one of the important things that can make or break the usability of the product. Manual testing can be used when compatibility tests have to be run on a small combination of browser & OS combinations. On the other hand, automated compatible tests are preferred when testing has to be performed at scale.

In this blog, we cover the essential aspects of compatibility testing that every automation engineer has to know:

Compatibility Testing is an absolute must

The repercussions of not taking compatibility testing on priority can be severely damaging to your software product as well as the brand. It has an impact on the bottom line, as the customer (or consumer) might not be willing to use your product ever again.

The integral question is “How to decide devices, browsers, and platforms that should be considered on priority”? Due to device and OS fragmentation, it is unrealistic to test on combinations that are not used by the target customers. When devising a compatibility testing strategy, prioritize the browsers & devices that are heavily used by your target segment. You could even run a Beta program to seek feedback from customers, thereby making them a part of the product journey.

What to choose – In-House or Cloud-Based Infrastructure?

100 percent coverage is ‘realistically’ not achievable

Taking the device and OS fragmentation into consideration, it goes without saying that it is virtually impossible to perform compatibility tests on every browser, OS, and device combination.

As new devices and browser versions are released in the market, the browser & device compatibility matrix needs an update from time to time. This essentially means that 100% coverage in forward and backward compatible testing is not possible.

Achieve the best possible browser coverage with the data at your disposal and fix cross-compatibility issues for ‘low priority’ browsers on a need basis.

The focus of compatibility testing is not to test the functionalities of the product. It is a form of non-functional testing where the major thrust is on the usability aspects of the web product.

Here are some of the compatibility testing types that should be taken up for testing:

Since there are different forms of compatibility testing, it is imperative to choose the ones that meet your project budget and testing requirements. For example, there is no point in opting for network testing with 2G when the target market is majorly on a 3G/4G network.

Also Read: Why Compatibility Testing Is Must for Your Application?

A company like KiwiQA that has expertise in providing compatibility testing services can play a huge role in short-listing the framework that meets all your requirements. As mentioned earlier, cloud-based test automation infrastructure can help in expediting the compatibility testing process.

As these infrastructure providers follow a SaaS-based pricing model, it becomes relatively easy to scale up testing efforts while bringing down costs. There are several compatibility testing tools for testers and a company specializing in compatibility testing services can help you choose the one that meets your requirements.

Irrespective of the type or complexity of the web product, you should always opt for a cloud-based compatibility testing platform instead of a local testing infrastructure.

Digital transformation is here to stay, as it helps in meeting the growing demands of users and businesses. Customer experience is one of the guiding pillars of digital transformation. This is why compatibility testing is an integral activity in today’s fast-changing dynamic business environment.

We have emphasized earlier that 100 percent device and browser coverage is a myth. However, there should be a mechanism in place where your customers could share feedback about ‘things’ that have not worked as per their expectations.

Build a seamless customer feedback mechanism in the web product so that customers facing any compatibility issues can share logs, screenshots, and other details with the team. Customer privacy should be considered a top priority so that your customers feel empowered in sharing feedback with your team.

To go a step further, you could also share details with the customer once the compatibility issue is fixed in the release.

Web product testing plays a major role in releasing a product that adheres to the quality requirements. This is where compatibility testing comes into the picture, as it helps in ensuring that the website (or web app) works efficiently in the targeted environments.