Why Compatibility Testing Is Must for Your Application? 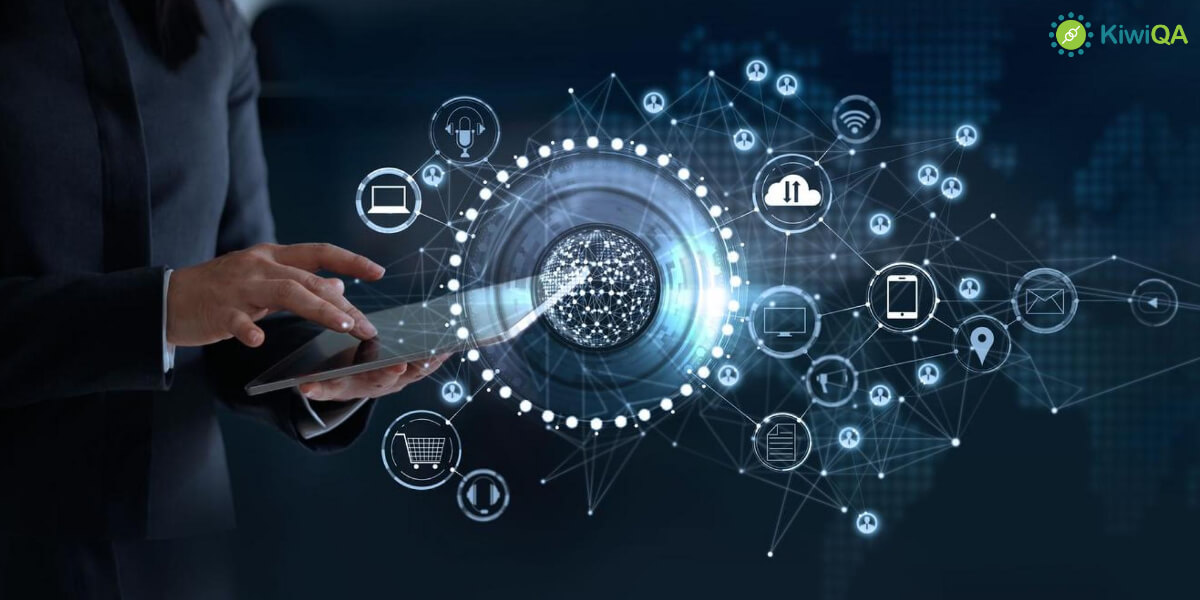 The technology sector is changing at a breath-neck pace and smartphones (or mobile phones) are touted as the biggest catalysts of this change. The global mobile internet usage is growing at an unanticipated speed, with smartphone users expected to grow from 3.5 billion (in 2020) to 3.8 billion (in 2021)[1]. 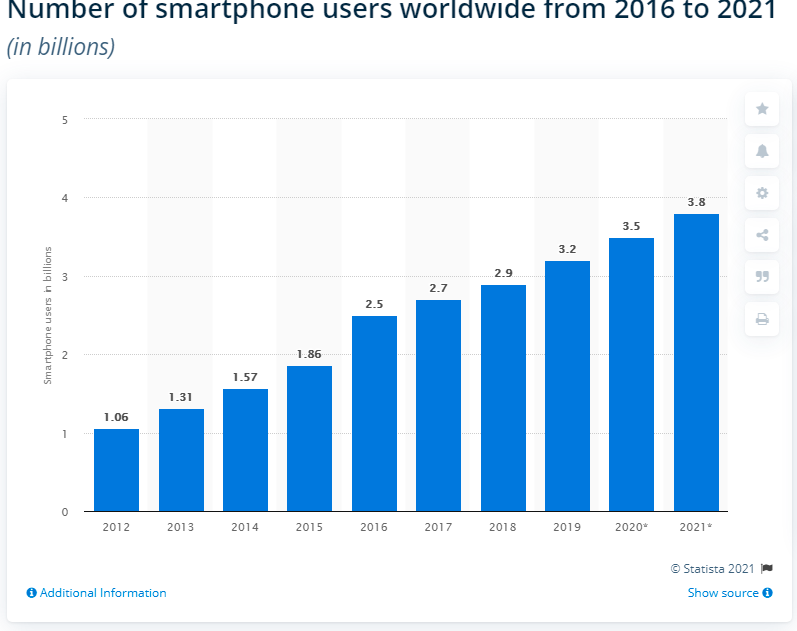 With umpteen combinations of browsers, devices, and platforms; it becomes imperative for enterprises to check the compatibility of the app (or website) across widely-used combinations. Compatibility tests should have a prominent position when building website testing checklist.

Like websites, compatibility testing is a must for mobile applications since it helps in improving usability and responsiveness across a wide range of mobile devices.

Let’s get started by unraveling the nitty-gritty of compatibility testing for websites and mobile applications (particular Progressive Web Apps and Hybrid Apps).

What is Compatibility Testing?

Compatibility Testing is a testing approach in which a web product (website or application) is tested for compatibility across different combinations of browsers, devices, and operating systems.

In compatibility testing, there is more focus on the product usability rather than the product functionality. It is performed to provide a great user experience to the end-users of the product. Prioritizing the ideal combinations of browsers (and browser versions), mobile devices, and operating systems is important when planning and executing compatibility tests.

Here are the key categories (or types) of compatibility tests:

Browser Compatibility Testing is performed to ensure that end-users witness a uniform (or unified) user-experience across popular browsers like Chrome, Firefox, Safari, etc.

Based on the target audience of the application, the test team needs to prioritize the browsers and the corresponding versions on which the mobile app (or website) needs to be tested extensively.

There are different versions of Android and iOS – the two most popular mobile operating systems in the market. For websites, the performance also needs to be evaluated across operating systems like Windows, MacOS, Linux, etc.

Operating System Compatibility Tests are run to ensure that the app (or website) works seamlessly across most-popular operating systems.

The mobile devices market is fragmented, as there are a plethora of devices with different operating systems, hardware capabilities, software features, and more. Mobile device compatible tests are run to check the usability and performance of the application on a wide range of mobile devices.

It becomes essential to prioritize ‘mobile devices’ as per the target segment since it is virtually impossible to run tests across ‘all the available’ mobile devices. A Compatibility Testing Services Company can be a huge asset here, as they can help in prioritizing the tests along with suggesting relevant tools to expedite the testing process.

Mobile applications as well as websites should be designed and developed in a way that they work well under throttling network conditions.

This is where network compatibility testing can help, as it helps in testing the usability and performance under varying network conditions – upload speed, download speed, no network connectivity, etc.

Apart from this, compatibility tests should also include software tests and external devices tests.

As a software enterprise or application developer, there are many doubts that might be lingering in your minds as far as compatibility tests are concerned:

These are some of the common questions that clients ask us when approaching KiwiQA for compatibility testing services. There are significant benefits in outsourcing mobile app testing to an experienced testing services provider since it results in accelerated development, testing, and improved ROI. Here are some of the key points that should be considered when planning compatibility tests for mobile apps and websites:

Compatibility Testing is a MUST

Mobile app usability can lead to a downward spiral due to an average (or bad) user experience. It can negatively impact the customer retention rate, advertising revenues, along with resulting in an increase in development & maintenance costs.

With so many things at stake, it is important to incorporate compatibility testing from the beginning of the product development.

Compatibility Tests from the START of Product Development

Compatibility tests should go hand-in-hand with the product development and should be taken up on high priority (as the other forms of mobile app testing). Compatibility testing should be performed at every stage of software release (in an iterative manner) so that bugs are fixed on time and you save up on maintenance costs!

There should be a proper planning about the testing infrastructure and a conscious choice must be taken between in-house infrastructure and cloud-based compatibility testing tools. Rather than taking a short-term approach to infra planning, invest in a reliable and scalable infrastructure (or tool) from a long-term perspective.

100 Percent Coverage is NOT a MUST

Based on the key target market for the app, you should prioritize the key devices, browsers, and platforms on which compatibility tests need to be performed. There is no point in performing compatibility tests on browser versions that is used by a minuscule percentage of your target audience. Such issues can be fixed through the local helpdesk support.

When it comes to device compatibility testing, always prioritize tests on devices preferred by the target customers, else compatibility tests could result in endless test cycles! The same guiding principle is applicable when prioritizing browsers and its corresponding versions.

100 percent coverage in compatibility testing is a myth, instead chalk out a strategy that lets you attain ‘the best possible’ coverage for browsers and devices preferred by users in the target market. 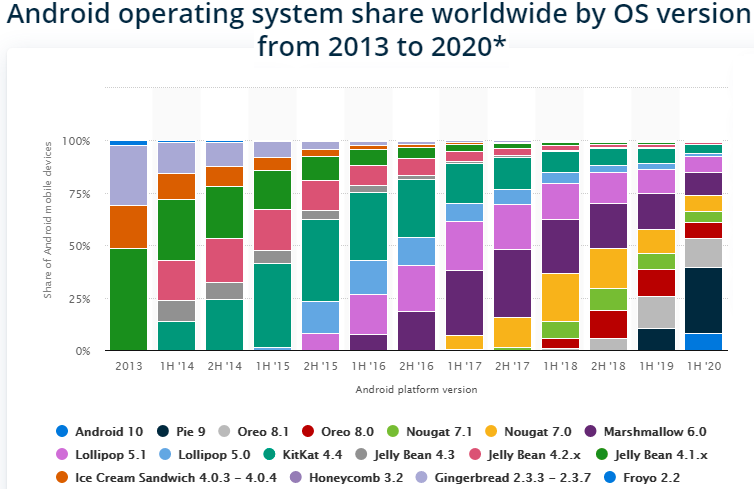 Here again, identify the OS versions that are widely in use by the target audience. Forward testing lets you check the validity of the app with software updates (or patches) incorporated at the OS level. On the other hand, backward testing is the process of testing on latest platform versions (e.g. macOS High Sierra, macOS Sierra, macOS Yosemite), as well as, older platform versions (e.g. macOS Leopard, macOS Snow Leopard, etc.).

Agile testing approach is widely preferred by developers and enterprises since the approach helps in eliminating issues at a much faster pace. Compatibility testing is suited for projects following the agile methodology, since relevant compatibility tests can be run as per the sprint cycle.

Compatibility testing has become an absolute must in today’s times where there is a huge fragmentation of devices, browsers, and operating systems. Compatibility tests helps in ensuring that the look & feel and functionality of the app is uniform across different combinations.

It helps in fixing the usability issues at the early stages of product development, thereby resulting in an enhanced user experience. Since there are a number of tools available for compatibility testing, choosing the best one can be a hurricane task.