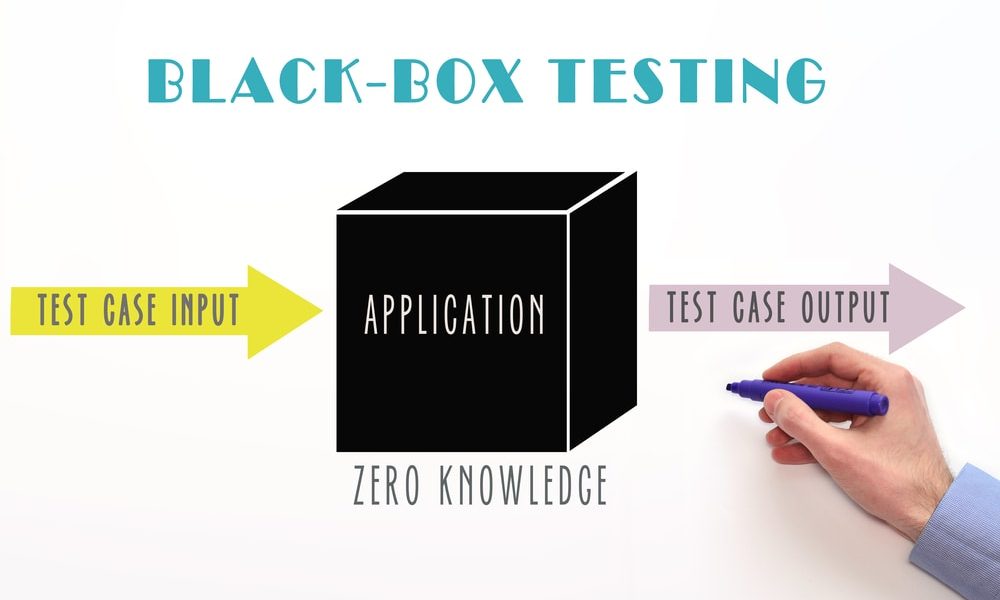 Black box testing is investing the system just like any outsider would do, using tools for detecting the attack surfaces and examining the system to check internal information. Without any internal knowledge about the system, testers build an idea about it. Leakage of information is essential to the testers as it helps them in building more idea than they would get otherwise by operating leak-free programs.

In black box testing, the tester examines all the attacked surface, generating a test report for the functionalities which might not be present inside the design. A commonly committed mistake here is not eliminating the debug-only commands before the production. Another is throwing in the last-minute functionalities which aren’t documented properly within the design. Such flaws, being difficult to otherwise notice through white box testing, are brought to notice with the help of black box testing.

Black box testing is generally used at the time when a particular system deliberately uses security by anonymity to help in protecting data, which is usually the matter in the Digital Rights Management (DRM) systems. Software-only DRM isn’t possible for completely securing as the attackers have control over the system in which that DRM software is getting executed. The best that DRM manufacturers can expect is raising the limits for successful attacks so up that a potential attacker would willingly give up. Highly trained reverse-engineering teams usually use black box testing for testing the potency of the used obscurity. This usually needs skills beyond the QA team’s norms and can be very costly. For DRM systems, however, demonstrating the potency of the used obfuscation is very necessary.

In black-box testing, access to the source code is not necessary, although it will help in improving the tests. Black-box testing is built on the responses to a set of inputs fed to the software through selected interfaces, such as-

Some prominent purposes of black box testing are as follows-

The easiest and best-known attack to QA people includes various DoS (Denial of Service) situations. Most of the DoS attacks generally depend on the load. In the case of load testing, the system’s performance concerns are tested using the quick repetition of the test cases and running multiple test cases in parallel.

By preventing access to the needed resources, the stress tests generally alter the operational domain for the SUT. Some instances of the alteration are:

Stress tests are usually executed within a framework of test automation that helps the engineers in running the SUT within a highly controlled environment like a sandbox.

Traditionally, the term “fault injection” defines a technique of hardware testing wherein artificial defects are entered inside a printed circuit board. The objective here is testing the hardware’s defect tolerance capability or its sensitivity to defects appearing during the manufacturing process or the product lifetime. Fault injections are used for forecasting the hardware’s behavior during the operations. They are even used for guiding the efforts for making that hardware much more powerful against potential flaws.

Syntax testing is carried out with the objective of verifying if the system executes some input validation over critical interfaces. Several different kinds of anomalies (or errors) can be produced in syntax testing:

Robustness testing consists of the following steps, which are very similar to the steps in syntax testing:

Post-release testing is even called regression testing. This testing requires being very fast and automated. The tests even require being configurable and stable.

This article discusses testing approaches that could be useful to you when integrating security testing into a standard quality assurance process. The aim of black box testing is not to prove that the software is secure but to break software by whatever means available. Follow the above steps for efficient security testing of your products.