The Complete Guide to Voice Based Apps Testing 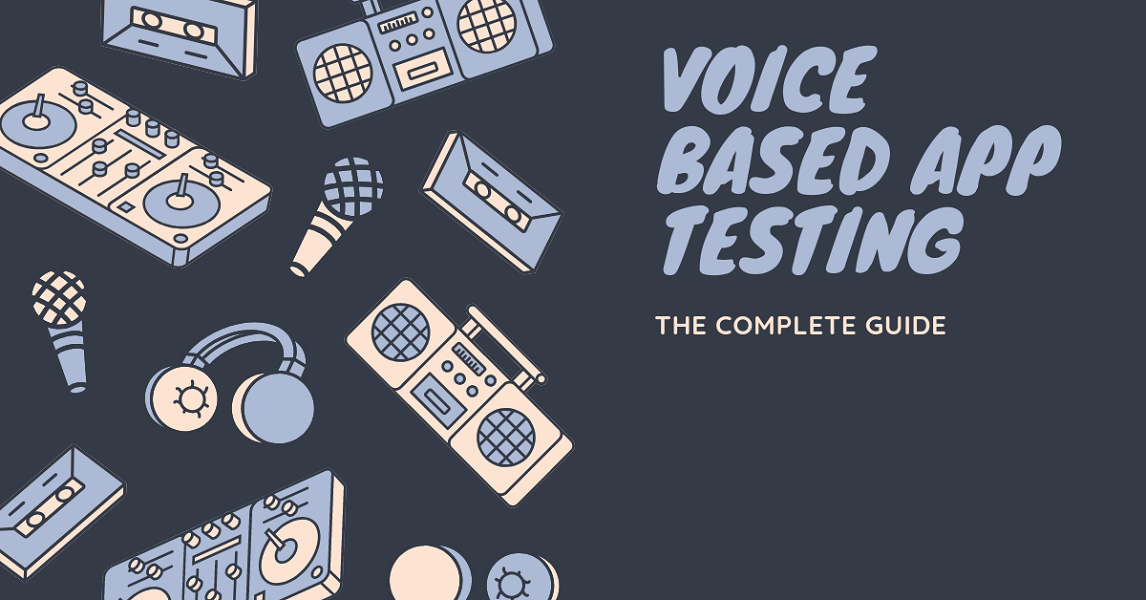 No matter you are experienced, or a complete newbie in testing voice-based applications such as Google Home actions and Alexa skill, this piece of article is focused on delivering you a comprehensive knowledge about the challenges faced while carrying out software testing services for voice-based applications. Here you will also explore some basic testing tools that you will require during development. Finally, you will conclude by learning how to develop an effective strategy for testing voice apps. So, let us get started.

The Voice-First Devices and Voice-Based Apps

Voice-first devices are smart devices designed specifically for getting tasks done through conversations. These devices are always on and listening. The two best examples of such devices are Google Home and Amazon Echo. They can be used for setting up reminders, searching the web, and even ordering food.

The voice-first devices possess a higher quality speaker and Far-field Voice Input Processing (FFVIP) support. Google must be busy finding out ways and techniques how to push the ads to the customers through these devices. Businesses must be figuring out how to use this channel for providing better service to their customers.

The designers and developers must be thinking as to how they can effectively develop and render excellent voice experience. The hackers have already come up with ideas and techniques for breaking into these kinds of devices. The security specialists are busy finding out ways to secure data and strengthen network access to prevent hack attacks.

But what about the testers? Well, they are supposed to detect bugs and threats before their customers do. They need to find effective ways and techniques using advanced tools and equipment for enhancing their testing processes to release better and faster voice-based apps. They need to adopt new technologies to ensure the success of their voice applications.

Delivering superior quality voice apps is often challenging for even the best and most experienced app developers. Having a high-rated mobile application just does not mean that you can easily translate to the world of voice-based apps. Here are some of the major challenges testers face while testing voice apps.

1. The Standard Tooling Is Text-Based

If you are unaware of Alexa skill testing, the fundamental testing begins by making use of the console. The tool enables testing the fundamental request-response model conventional to attempt any API. Unluckily, that is not a complete simulation because it is making use of text and only the application’s backend. That works well for unit testing but does not at all mean it is ready for publishing.

2. Your Good Intentions May Be Your Enemy

While developing intent files, you may think that coming up with several paths can be helpful. But that may not be the case. For example, consider a skill, which teaches playing the piano and possesses one song catalogue inside the “List Songs” invocation. The challenge, in this case, is that by putting in extra utterances with broad phrases, you may unknowingly collide with speech patterns, which are even there in the other utterances.

This is the web-based tool of Amazon, which lets you execute testing operations on the JSON Response returned by the custom skill.

Echosim.io is a simulator of the Echo device, which can effectively run on every browser, which supports WebeRTC for microphone inputs. This is not an Amazon tool, but the company suggests it in its documentation. The Echosim.ion helps do basic User Acceptance testing during the development phase.

You can find the Skill Metrics in the Amazon developer console. It is not a testing tool, but Skill Metrics helps the skill testers and developers in understanding how the users perform interactions with the skills. Such insights help develop a more user-oriented test strategy.

This approach makes use of Speech Recognition Engine (SRE) for automatic control of the voice-first devices just like any human being would.

This approach of testing is platform-agnostic and device-agnostic as tests are automated at voice level. Hence, you can execute automated tests against any voice app running over any device.

AVT can be applied over these use cases:

Voice-based apps are proving that the interaction between humans and machines can be frictionless. This is indeed a new method for the brands and businesses for engaging better with the consumers by rendering an easy, familiar, and fast voice experience.

For ensuring a superior quality voice-based app, you require having an extensive testing strategy, which covers all the phases of the lifecycle of voice requests such as VUI, interactions in between voice platforms and voice apps, and back-end services. This article will help you in starting your journey towards effective testing of voice-based apps.

Make your product quality top notch with our testing services. Talk to us to see how.