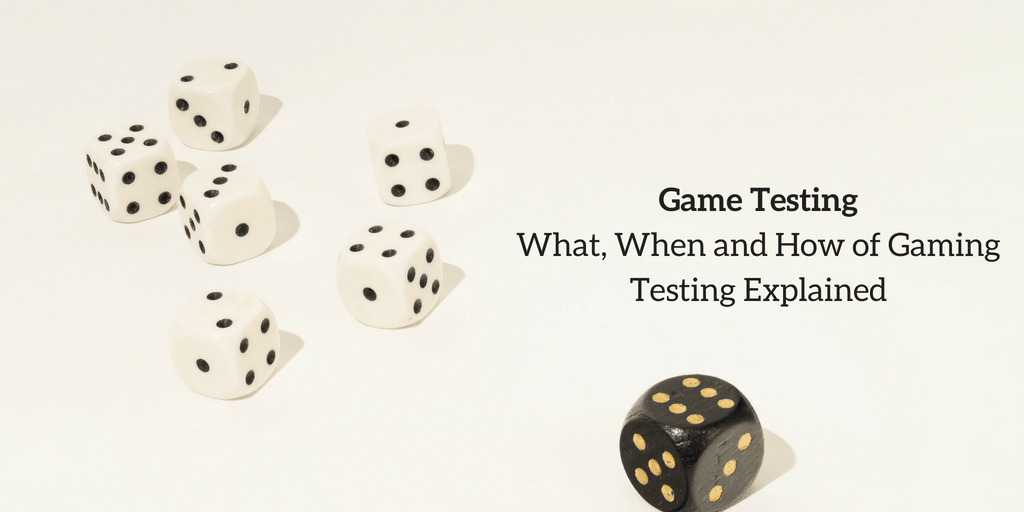 A lot has changed in the gaming sphere in the past decade, from the old Ping-Pong when testers were not required to worry about variables such as browser compatibilities, operating systems or video cards to multifaceted games today with players often playing on different platforms, or even playing online. From the most complex triple-A console game to the simplest mobile game, it is up to the tester these days to save the player from frustration, confusion and lost time.

Why Gaming Testing is Important

The complex nature of the software required to deliver top quality games and contractual commitments make testing an essential part of the games. Every time someone outside of your team or company gets a look at the game, it is going to be scrutinized and publicized. It is important to the development team as they rely on testers to find problems in the code. Gaming testing is also significant for game publishers as an official release of the game should be error-free and marketable. Further, gaming testing is also important to console providers in order to meet quality standards. There is a parallel testing requirement for mobile game testing by wireless carriers and handset manufacturers so as to allow approval for use on mobile devices and networks.

We all know that panic is bad for multiple reasons, including game testing and can lead a tester to cause severe harm to the project. It can result in wastage of crucial time, money, sales and reputation. Generally, game project panic occurs when you are:

In such circumstances, it is important to ask yourself the following questions-

It may happen that the publisher may not trust your game, the press and public may consider your game unexciting or project managers may find loopholes in the test code, but don’t lose trust in yourself. Games that come with certain bugs can fall victim to complaints and rants posted on the Internet, sometimes rightfully so. But don’t let this happen to you!

It is crucial to conduct a background check, examine your tests and search for ways in which you can improve, in order to gain more trust in your own skills in finding defects. Further, always remain open to suggestions from developers, managers, other testers and most importantly, yourself.

The process of Game Testing

The Life Cycle of a Build

The process of game testing comprises, primarily, of following steps:

These steps not only apply to black box testing but also to white box testing, configuration testing, compatibility testing as well as any other type of QA.