How To Incorporate Automated Testing In The DevOps Lifecycle?

KiwiQA-Blog-Automation Testing-How To Incorporate Automated Testing In The DevOps Lifecycle? 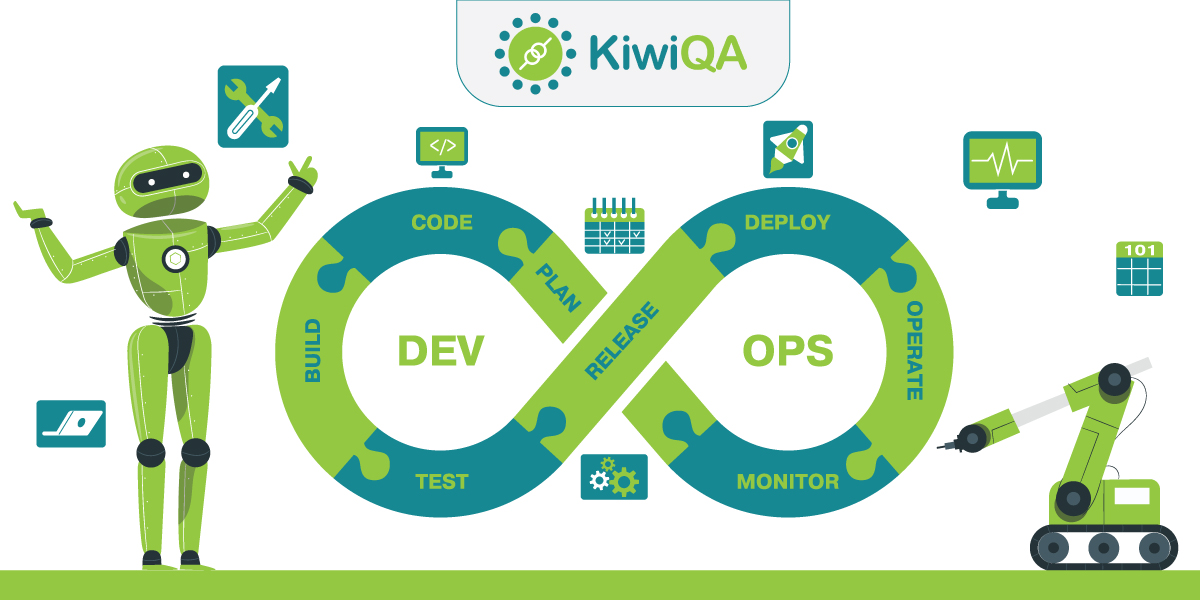 DevOps (Developer + IT Operations) has now become an integral part of the software product release cycle. The primary reason is that release cycles have shortened by a significant margin, since today’s customers have a lot of choices up their sleeves. It is all about releasing a top-notch product to the market at an expedited pace.

However, faster Time to Market (TTM) also means that there should be zero compromise on the product quality. Quality and timely delivery can be possible by maximizing the benefits offered by continuous testing and DevOps pipeline. One of the many ways to improve the efficiency of the pipeline is by integrating automated testing into the pipeline.

Automated testing in DevOps helps in ensuring that the automated tests are triggered whenever any changes are made in the source code. This eventually leads to minimizing bugs in the Stage release (before a thoroughly tested release reaches the Prod). So, what is the magic to make the most of DevOps and Automated Testing? Well, we wish it would be 🙂 In this blog, we uncover the following topics when it comes to automation in the DevOps lifecycle:

So, let’s get started with the blog…

Benefits of Automation Testing in DevOps

Irrespective of the size, scale, or complexity of the project; DevOps has become an absolute necessity in the software dev and testing lifecycle. This is because testing as a part of the DevOps pipeline accelerates the code deployment from development to production environment.

Agile and DevOps go hand-in-hand. On the whole, DevOps has a significant influence on the software testing and QA activity. Needless to mention that automated testing is the ideal way to accelerate quality software delivery. Jenkins, Circle CI, Azure Pipelines, Bamboo, etc. are some of the widely used DevOps (or CI/CD) tools in the market.

Here are the major benefits of incorporating automated testing as a part of the DevOps pipeline:

How to choose scenarios for test automation?

As mentioned in the previous section, not all the test scenarios can be automated using automation testing tools (or frameworks). Here are some of the steps that must be looked into when choosing scenarios that need to be a part of the DevOps pipeline:

Building the right automation flows and choosing the ideal test automation framework (or tool) is important to maximize the benefits of automation and DevOps. The integral question is “How to strategize the DevOps automation testing strategy”? Let’s look into it…

Hence, there must be laser sharp focus on the maintainability and reusability of the test suites. Having reusable components (or packages) minimizes the time involved in developing the test cases.

In a nutshell, conscious effort must be spent in accelerating test case execution, leveraging every benefit offered by the CI/CD pipeline, and following the best practices in test case design & development.

Also Read – Why Automated Testing Is A Must for DevOps?

How to choose best-suited test automation framework (or tool) for the job?

On the other hand, you could consider Postman, Hoppscotch, etc. can be chosen for API automation. On similar lines, there are freemium as well as open-source frameworks for other popular forms of automation testing (i.e. stress testing, load testing, etc.).

Before choosing the right test automation tool, it is necessary to choose a test automation framework that meets project and team requirements. Once you have chosen the framework, the next step is to choose the tool (or infrastructure) that would be used for running the tests.

DevOps and Automation testing have become important to release quality products at a faster pace. Since all the test scenarios cannot be automated, it becomes imperative to identify the scenarios that can be automated using popular test automation frameworks and tools.

KiwiQA is a renowned QA outsourcing company that has worked with a number of enterprises in expediting their time to market by devising a test automation strategy that yields long-term fruitful results.