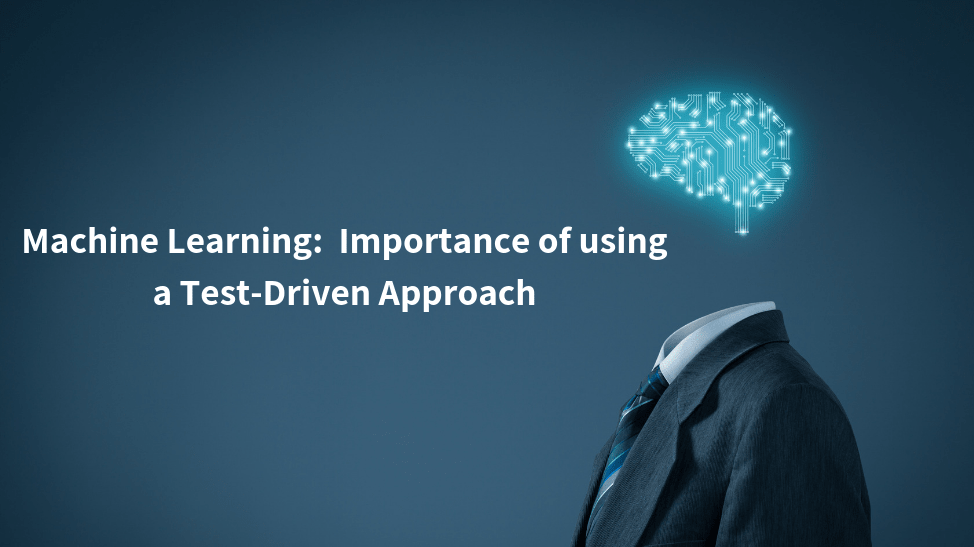 In layman’s terms, machine learning is a variant of artificial intelligence which extracts patterns out of a given set of input data and makes sense from random inputs to develop a meaningful model. Usually, it is teaching machines to understand and analyze data in the same manner as humans do. Since the computing capacity of machines is optimal and far better than the human brain, machine learning is considered to be one of the most promising fields of computer science. However, every machine learning algorithm has some inherent defects and trade-offs and quirks, which makes it necessary to use a test-driven approach and underscores the importance of testing in this domain.

Though machine learning is effective and efficient, as humans, we don’t have the same rate of effectiveness. Though the machine learning algorithms are designed to be capable of minimizing errors, it is possible that defects in coding algorithms may have an effect of not minimizing right errors or instead, errors in the code may lead to more defects than before. Consequently, tests are required to address human errors and also to document the progress. One of the most popular ways of writing these tests is referred to as test-driven development (TDD).

There are multiple benefits to use TDD approach to machine learning. Though TDD may usually take more time (up to 15-35% of normal time), it can also reduce the bugs by a whopping range of up to 90%. Further, TDD is used widely to document how the code is intended to work, which becomes helpful as the complexity of the code increases and enables making crucial decisions based on what comes out of the analysis.

1. TDD is akin to a scientific method

One of the major reasons why TDD is preferred in the machine learning process is because it can easily since with the people and their working style. Thus, the testing, theorizing and hypothesizing process is very similar to any other scientific method and enables better test processes through cleaner and more stable codes.

It is also possible to experiment test-driven development, as you can utilize the tests to experiment with things that might never work, instead of following a traditional approach to write tests first and eventually fix the error created by the initial test. This methodology helps in solving many complex problems that are hitherto not easily solvable.

It is important to also understand that both TDD and scientific method tends to work in feedback loops. This can be seen through the fact that when someone forms a hypothesis and tests the same, he could find more data on the problem he is investigating in a scientific environment. In the same way, when someone forms a test to arrive at a prospective conclusion and goes through the process of writing the code, he develops and identifies more information on how to proceed. This method of making a hypothesis, testing and revisiting them is, therefore, a scientific process that is used by many TDD practitioners.

Academic institutions usually require professors to publish their research, without which there are high chances that the research would be worthless. In the same way, TDD can be peer-reviewed and serve as a documentation process. Since software is abstract and continuously changing, documentation helps to keep a track of such change and ensures the progress is tracked by new developers.

Usually, a scientific method involves trying to find the solution to a problem and proving that the solution is valid, which may require creating guessing. In order to justify a belief we consider true, we construct a logical, stable proposition through the use of necessary and sufficient conditions.

TDD uses both sufficient and necessary conditions to make a set of propositions that come together in a cohesive way. However, it must be noted that unlike scientific method which uses axioms and hypothesis testing, TDD uses unit and integration tests.

As we’ve seen above, machine learning is nothing but a science requiring an objective approach to issues in the testing process. TDD can aid in solving issues arising in machine learning algorithms, because of four major reasons identified above (i.e. proposing logical and valid propositions, working in feedback loops and sharing results through documentation). However, there are risks associated with machine learning, such as: