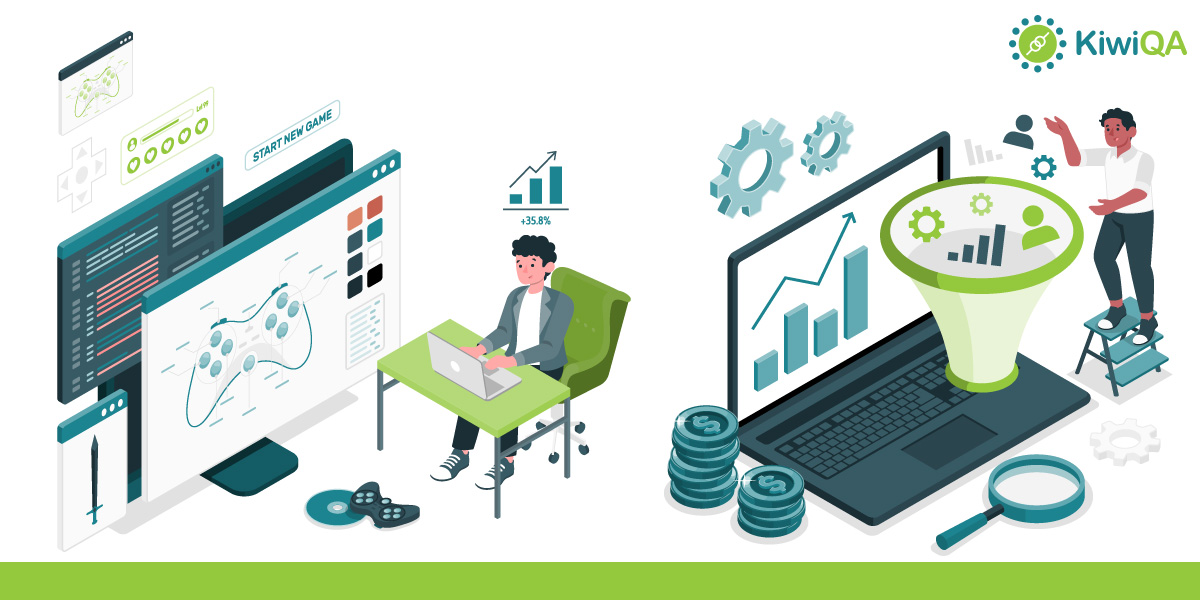 The development of the metaverse, in conjunction with the proliferation of gaming applications, has sped up the pace at which an urgent demand for end-to-end integrated game performance testing methodologies has arisen. The video game industry is proliferating, accelerating the advent of technologies such as mobile, cloud, and augmented reality/virtual reality (AR/VR).

The game business is facing new challenges and expectations due to the increasing need for eye-catching graphics, animations, and rich media. Players’ gaming experience should be consistent across all aspects, including functionality, security, compliance, and seamless activities. It will ensure that players have exceptional user experiences.

What Do You Understand By The Term Game Performance Testing?

Testing for performance is a measure used to detect bottlenecks in performance-related areas. When you measure taxed things, the speed, responsiveness, and stability of a computer, network, software program, or device by the typical metrics used in performance tests. Some scaled features include the amount of CPU load, memory consumed, and frames per second (FPS).

It ensures that the produced gaming system satisfies speed, responsiveness, and stability requirements to provide a more positive experience for the user. Utilizing performance testing makes it simple to fine-tune, further plan improvements on graphics, gameplay, and connections, and optimize the game in a manner consistent with these plans.

Layout For Game Performance Testing for a Game Testing Company

Also Read: How To Build An Effective Game Testing Strategy?

Optimizing The Methods And Strategies Of Game Performance Testing

Testers must pay attention to how the user experiences the system’s performance.

As a result of advancements in hardware equipment, the memory requirements for each level should become increasingly stringent. Be careful not to let memory leaks occur, as this might cause your program to become unresponsive or even crash due to the slower memory allocation. It is essential to exercise strict control over the allotted mono memory, which can only increase and never decrease. The memory made available to the player by the game’s script is mono.

You must optimize the audio resources if the audio module occupies significant space. Quality assurance testers need to locate multi-game battles, scene jumps, and open and close to determine whether a memory leak exists in the user interface.

Optimizing The Methods And Strategies

The art produced by various tools and machinery varies significantly in quality. The process of optimizing performance is not a one-and-done kind of deal. Consequently, the following is a list of optimization procedures for multiple models.

Memory pools help to assist in resolving the issue of excessive memory fragmentation. The object pool may be able to overcome problems caused by the frequent generation and destruction of memory. In addition, ensure that the activities of script and configuration, timely uninstallation, and split, among other things, are carried out for each resource. The logic of the game type is closely related to the packaging mode, which combines all of a hero’s resources into a single package. Last but not least, be aware of memory that loads slowly and uses excessive memory.

You may assess the centralized processing of a significant number of server messages by using statistics on the amount of time consumed by each module and function and the amount of time it takes to call those modules and functions. Combine different kinds of batch processing to cut down on draw calls, employing both dynamic and static batch processing. Also, consider the number of engine resources used for animation and physics.

Utilizing technology known as object pools allows for the reuse of items such as bullets. Don’t continually allocate heap memory in functions called if you want to reduce the quantity of garbage stored in memory. In addition, you can operate the GC at non-sensitive times and make every effort to avoid doing so during crucial windows of the day.

The two primary approaches to evaluating a system’s performance are load testing and stress testing. On the other hand, you can determine the game’s performance through the use of a variety of various sorts of testing methodologies. Here are a few instances that illustrate the point:

A QA tester can measure the system’s performance via load testing, which immediately switches the test case to a code base as the amount of work done rises. “workload” may refer to the number of concurrent users or transactions. Tests of this kind help ensure that you effectively talk with either your server or the memory. Before a program or system is made available to the public, its developers must identify the maximum number of users it can support.

In addition, it can help offer in-depth insights into the capability of the hardware to load test-specific functionalities and the number of resources required for the games. It has the potential to provide meaningful information about the game’s capability to check predicted response times and discover bottlenecks. The testing load might involve anything from the most fundamental server upload and download functions to a database connection. Queries and a wide variety of inputs are sent to the game and its infrastructure so that optimization can occur.

The analysis of the scalability of a workload is better through stress tests, which enable software techniques to determine the robustness of the software teams. The soak test and the spike test are two subcategories that fall under the umbrella of the stress test. Stress on the system can also result in sluggish data transfers, depletion of available memory, corrupted data, and safety concerns. A system’s resilience, availability, and error-handling capabilities undergo testing during stress testing. You can do it before or after the procedure is put into production. It is more concerned with how the system performs beyond the limits of its predicted capacity when subjected to a severe load than with determining how it should behave in typical circumstances.

A business may also conduct what is known as a stress test in advance of an anticipated significant event. This type of test includes metrics such as transaction response time, transactions per second, pages per second, and connection failure. It approximates the anticipated load using the same tools utilized in load tests.

The practice of testing games is an essential component of your organization’s overall game development process. For you to deal with scalability, it helps to guarantee that the game is enjoyable and will not crash. Testing the game’s performance is essential to ensuring a fluid gameplay experience. It assures that the player will always make progress, have a seamless experience playing the game, and have consistent performance throughout the entirety of the gaming trip.

The developers and testers must conduct exhaustive performance testing across all essential metrics and gameplay scenarios to produce unrivaled gaming performance. This testing should have an emphasis on quality, cost, and timing.