How To Build An Effective Game Testing Strategy? 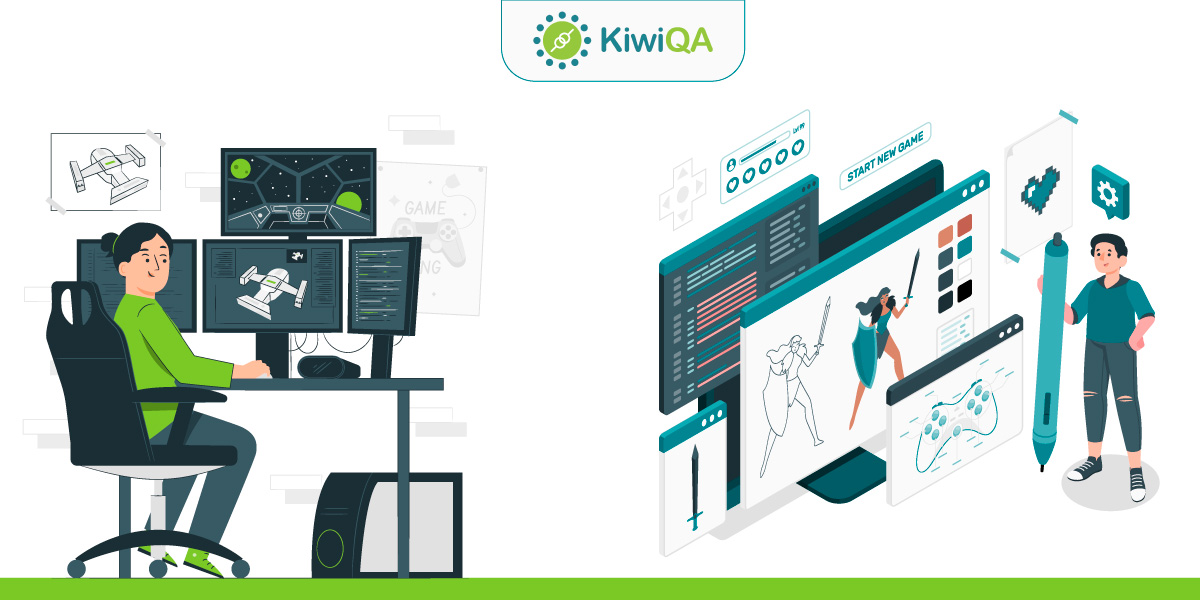 Mobile and internet gaming has taken the world by storm, its adoption has picked up significant pace since the time COVID-19 struck the world. As per reports, the global online gaming market generated close to $21.1 billion[1] in revenue till April 2022, approximately 21.9 percent growth in comparison to the previous year.

Single player and multiplayer online games are equally popular on the internet. As of 2022, the most online games are PUBG, Call of Duty Mobile, Fortnite, MineCraft, amongst others. However, there is stiff competition in the online gaming market. Consumers have a lot of choices up their sleeves, an abysmal gaming experience can derail your growth plans.

It is important to note that mobile games are also a piece of software that are run over different pieces of hardware (or device view ports). For instance, you could play games on mobile devices, tablets, desktops, and/or gaming consoles. Since the game players have the flexibility to play games using different touch points, it is essential to focus on thorough game testing.

However, devising a game testing strategy that does wonders is easier said than done. You need to choose the best-suited framework, tools, and testing infrastructure that can do the work for you! In this blog, we deep dive into how to create a game testing strategy that will help in delivering a top-notch gaming experience to your target audience.

Manual vs automated testing is always an on-going debate, whether it is for game testing or any other form of software testing. An ideal game testing strategy must include the right mix of manual and automated game testing scenarios.

Many first-time testers have a wrong notion that automated game testing is entirely different from testing web (or mobile) applications. Well, they are almost the same except that many mobile games consume a good amount of CPU and GPU. The consumption of CPU and/or GPU can go up massively for games that are using high-end graphics.

Automated game testing can take care of testing game-play scenarios that do not require much manual intervention. On the other hand, manual testing must be leveraged for running exploratory tests on the said game. Apart from this, manual testing of games can come in handy for testing different scenarios like offline gaming, corner test cases, gaming performance under throttling network conditions, and more.

UIautomator, Appium, EggPlant, Selendroid, etc. are some of the most popular mobile app automation frameworks that can be used for automated game testing.

The automation team can focus on creating scalable and reliable test scripts that can automate the login, game flow (i.e. completing levels, purchasing items from the game store, etc.), and quit the game play on game completion. Load testing and stress testing must also be a part of the automated game testing strategy.

How To Formulate Game Testing Strategy?

Till now, you would have realized that game creation is all about intuitive UI, great gameplay, social media integration, and much more. Having said that, the above positives will fall flat if the game logic and UI is not tested thoroughly. A game testing company like KiwiQA can play a pivotal role in formulating and executing the gaming test plan at an expedited pace!

Here are some of the major steps that must be carried out when building the game testing strategy:

As mentioned earlier, a gaming project is very much similar to any other type of software project; with some minor set of differences. You could use the Agile approach for development and continuous testing for ensuring that every line of code is thoroughly tested before it makes it to the production build.

All of the above can only be achieved if the game requirements are listed out well in the Game Design Document (GDD). The document comprises the user onboarding process, game logic, game benefits (monetary or nonmonetary), and more.

Once the requirements are well understood, the test & QA teams led by the test architect can work on creating a detailed test plan that outlines tests to verify every aspect mentioned in the GDD.

Now that you have understood all the requirements of the GDD, the next step is to create a test strategy that is aligned with the features mentioned in the GDD. The test strategy must take into account the scalability, reliability, and security of the test scenarios.

There should be a clear cut approach on how to track bugs, test environments, continuous testing with CI/CD, and more. Prioritize types of tests (i.e. functionality, cross browser, load, stress, regression, etc.) that you want to add in the test strategy.

Apart from this, the test plan must clearly highlight the role of manual testing in the big scheme of things. Partnering with an outsourced QA vendor like KiwiQA that provides game testing services can help in building a formidable game testing strategy.

Once the test strategy (or test plan) outlining different types of test scenarios is ready, the next step is to run the tests. Since games comprises different components that involve interaction with touch screen, motion sensors, etc.; it becomes important to devise test scenarios that take all the factors into consideration.

The type & scale of test scenarios will differ depending on the game logic and the devices (or viewport sizes) that are supported for game play. For example, some mobile games are only supported on devices that satisfy certain CPU/RAM configurations, display sizes, etc.

Since there are a number of test automation frameworks for mobile app testing (e.g. EggPlant, Appium, etc.) and web testing (Selenium, Cypress, Playwright, etc.); it is recommended to choose the one that meets your project and team’s requirements.

Like any other form of testing, test reports play an integral part in covering all the aspects of test execution. Test reports must contain information related to the number of test scenarios, percentage of pass vs. failed tests, potential release blockers, and more.

Game developers must be able to derive insights from the test reports so that they can prioritize the bugs that need to be fixed on priority.

The bugs discovered during the test execution phase must be prioritized by the team managers. Respective issues must be assigned to the respective game developers along with setting a deadline so that fixes can make it to the production at the earliest.

Bugs fixes must be tracked using bug tracking tools like Jira. In our experience, it is recommended to fix bugs (or issues) related to game play and performance on priority. These are the two major factors that can halt the growth of an online game.

Online gaming market is growing at a rapid pace and the growth is not limited only to developed nations but also applicable to developing nations. Rapid proliferation of mobile phones and mobile internet is the major reason behind the meteoric growth of online games.

Since there is a stiff competition in the gaming market, game developers must prioritize game testing so that top quality games can reach the intended audience. It is preferred to onboard an outsourced QA vendor that has experience in providing game testing services to gaming companies.

In a nutshell, game testing must be treated on the same lines as game development since a non-tested game can be a huge turn-off for the users of the game.