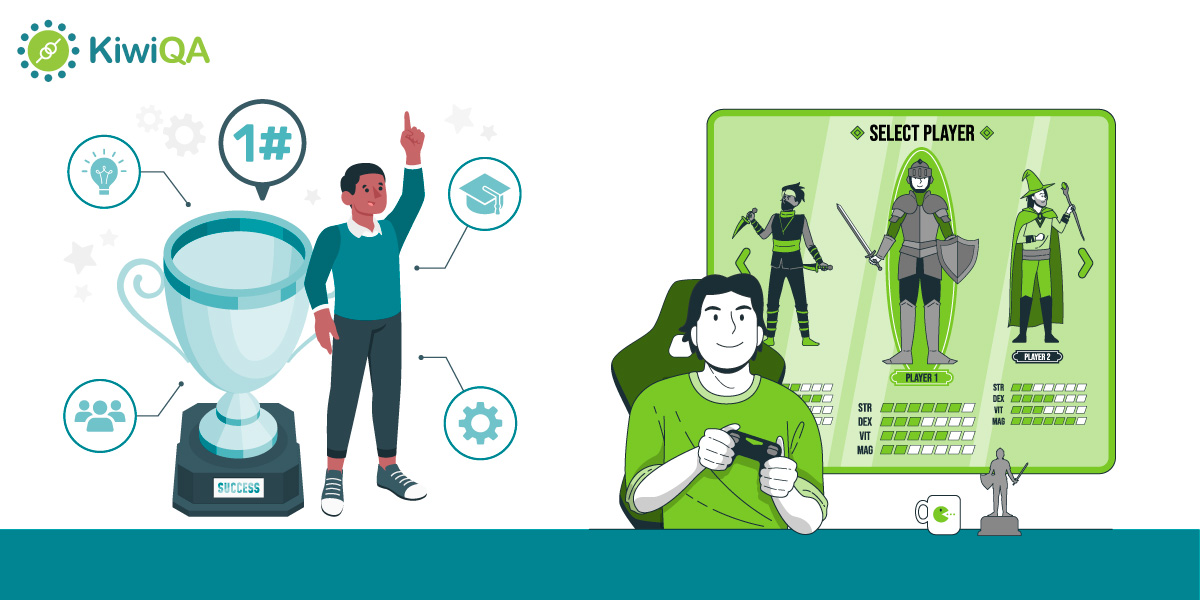 Games are amazing – they take concepts from books and movies, turn them into interactive stories, and use technology to bring the idea to life. However, there’s a lot that goes into creating a successful game. Idea, designing, development, and whatnot.

In this article, we’ll try and examine one such essential aspect of game development which is called testing by name. Furthermore, we’ll discuss how to improve game functionality by using testing techniques to their best level.

What Is Game Testing?

Game testing is a process of verifying the functionality, performance, and optimization of a game or application. This process helps ensure that the final product is bug-free and meets desired quality standards.

The steps involved in game testing are as follows:

1) Define the scope of the test

2) Identify which functions to test

3) Set up the environment

The game testing lifecycle is a process that game developers and publishers use to ensure that their games are as bug-free as possible before they are released. The process begins by developing a game plan, which outlines the steps that will be taken to make the game error-free. Then, the game must be tested in an environment similar to the one it will be released so that any problems can be identified and fixed. After the game is tested, it must be polished and ready for release.

Mobile game testing services are a critical part of the development process. They allow developers to test and validate their games before their public release.

Testing is an essential stage of the game development cycle. In order to ensure that a game is of the highest quality, it must be tested and reviewed by different individuals before release. There are many steps that must be followed to test a game properly.

The first step in testing is creating a test plan. This document outlines the steps to be followed, how everything will be tested, and who is responsible for what. The test plan should also include any special requirements or modifications that need to be made to the game in order to accommodate testing.

Once the test plan is complete, the next step is setting up the testing environment. This includes creating copies of the game files so that different individuals can play them on different platforms and hardware configurations. It is important to have as many people as possible playing the game to quickly identify any issues.

After building a testing environment, you can start testing. Testing can involve playing through the entire game multiple times to make sure that all major issues have been identified and fixed. It is also important to test all gameplay mechanics to work as expected.

However, before release, the game application must undergo another round of tests called beta testing. Beta testers are chosen based on their experience with gaming software and are asked to report any problems they encounter while playing the game. This helps to ensure that the final product is of excellent quality.

Many people believe that responsibility gets over post-release of a game. But this is a common misconception because the after-release game requires more maintenance as developers and testers need to ensure that the game remains satisfying and enjoyable for players.

It is a method of testing software to determine the extent to which a game’s features fulfill the requirements of its user. It is also known as black box testing and system testing. It focuses on internal or “functional” aspects of applications but can also include considerations for usability and branding.

In general, a game’s geometric bugs, user interface problems, sound issues, or mechanical defaults will be detected during this stage.

There are numerous types of functional testing, but some standard tests include:

Ensures that data entered into a system is valid and error-free.

Scans for invalid or unexpected inputs that could lead to user confusion or incorrect actions.

Verifies that data is being pulled from and inserted into the correct tables in a database.

See if user input goes into the system correctly and results in an output that is expected.

Measure how long it takes for the system to complete certain tasks and how responsive it is under various conditions.

Look for cases where parts of the system fail so that they can be fixed before anything bad happens.

Overall, functional testing is an important step in ensuring that game is bug-free and operates as intended.

Adhoc game testing is a methodology used to assess the quality of games in an informal environment. The process consists of designing and conducting short, self-contained tests that can be executed quickly and with limited resources.

The benefits of Adhoc game testing are that it can provide quick feedback on the quality of a game without requiring extensive resources or time. Additionally, it allows developers to make changes to a game based on results from individual tests rather than waiting for large-scale reviews.

There are many modes that can be used to execute ad-hoc game tests. One approach is to use player surveys to gather feedback on specific aspects of a game. Another is to ask players to rate their enjoyment of different parts of a game on a scale of 1-10.

Mobile testing companies spend countless hours testing games for a better user experience. But what happens when they push a button or make a tweak in-game code? They would need to run the game again, this time with the new feature in place. This is where regression testing comes in.

A regression testing process is a set of automated tests that check the functionality and correctness of your game after changes are made. This helps ensure that any new features or bugfixes introduced into the game don’t cause any regressions in the user experience.

Regression testing can be done manually, but using automated tools is often more efficient. There are several different types of regression tests that can be used, each with its own advantages and disadvantages.

The most common type of regression test is a user interface test. This test checks whether the various buttons and menus in the game work correctly, as well as checking for any unexpected behavior.

Another type of regression test is a gameplay test. This test checks whether the various actions in the game lead to the desired outcome or if there are any unintended consequences.

The game testing companies use compatibility testing to ensure their games run on different devices. The various gadgets a game can be played on include desktop computers, laptops, tablets, phones, and even gaming consoles.

By performing this test, developers can avoid releasing games that may not work properly on a large number of systems.

Video games are becoming more and more popular, with huge development budgets poured into them. It is important to have security testing practices in place, to prevent players from hacking the game and disrupting the experience of other gamers.

Security testing is basically all about identifying and correcting vulnerabilities in a gaming system or network. It is essential to ensure the safety and security of any information or assets that reside within the game.

Knowing where to start when trying to improve your game’s functionality can be challenging. But not anymore, because in this article, we have shared top-notch tips that will help you gain first-rate game functionality in as little time as possible. So do follow them and enjoy a thrilling experience by yourself.