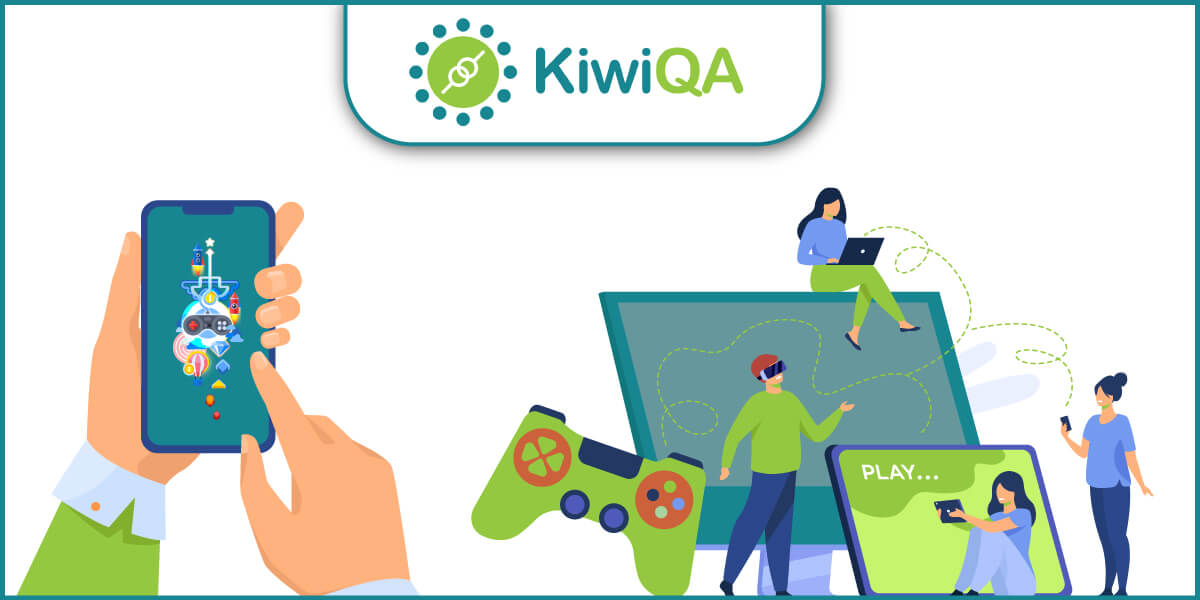 The online gaming industry has become super-competitive after the introduction of different subscription-based payment models (e.g. Google Stadia, Apple Arcade, etc.). The important question to ask is ‘Do the generic principles of web application testing apply to game testing ’? Some of the best practices of app testing can definitely be used in game testing.

When it comes to online gaming; the game design, game storyline, and overall UI/UX play a big role in keeping the users hooked to the game. Quality assurance of the game should be tailor-made depending on the type of the game (single player game or multiplayer game).

The major difference between testing of normal applications & games is that games should be able to meet the expectations from the gameplay point of view. In this blog, we deep dive into some of the best practices to realize impactful mobile game testing. The points being covered in the blog primarily apply to mobile game testing since mobile gaming contributes close to 57 percent[1] of the total gaming revenue worldwide.

Without further ado, let’s get started with the blog…

Game developers and testers have to keep in mind that performance, compatibility, and gameplay experience are the three major factors that would have a direct impact on the user ratings of the mobile game.

Graphics plays a major role in engaging the users to a particular game. What if you can deliver awesome-looking graphics to the gamers but they come across lags in the gameplay due to the heavy graphics. This factor should be essentially considered for multi-player games.

When playing games, the GPU (Graphics Processing Unit) of the mobile phone will be used the most. There is a possibility that the GPU will be running at the highest clock rate. If not implemented properly, the said game can slow the device due to excessive heating. Hence, game testers should test the games on a variety of devices before zeroing on the supported devices.

Many game developers monetize their games by displaying advertisements inside the gameplay. To realize this, the developer makes use of a number of third-party tools like ads, payment gateways, etc.

Access to third-party websites opens up a number of opportunities for intruders to penetrate through your system. If this happens, it could lead to dire consequences for the game developer as well as the gaming company. Hence, game testers should perform penetration tests to make the gameplay impressive as well as secure.

It makes business sense to outsource game testing services so that the game developers can concentrate on making the gaming experience smoother and faster. When outsourcing the testing of games, you should consider a game testing company that has significant experience in testing mobile games at a significant scale.

Social media integration has become an essential part of mobile gaming. It drives engagement, stickiness, and participation in the game. Many gamers flaunt their game expertise by sharing their scores on various social media channels. To make the most out of social media integration, game testers need to ensure what part of user data is used for monetization and targeting gamers with hyper-personalized ads.

UI/UX of the game plays a major role in the gameplay. Gamers feel engaged in games that have superlative UI/UX and performance. Interface testing must be considered on priority as far as mobile gaming is concerned.

The onboarding experience should be simple, engaging, and effective. Gamers will quit the game if they are made to enter tons of information on the onboarding screen. It is recommended to have a ‘revisit onboarding’ button so that gamers can come back to that section as and when required. Choice of colors, fonts, and other aspects related to the game are important factors that can make or break the progress of the game.

Here are the major areas that should be considered for mobile game testing:

Just like app testing, game testers need to ensure that the said game is performing uniformly on different browsers, platforms, and device combinations. Since games can also be controlled using external devices like VR gadgets, game controllers, etc.; it is important to run compatibility tests on the most popular game controllers.

Based on the major target market, you should run tests on low-end devices (i.e. mobile devices in the mid-market range) along with running tests on high-end devices (that have excellent CPU, GPU, and other device specifications).

As the name indicates, this form of game testing involves testing the entire gameplay. Since different user flows have to be tested as a part of functional testing, it becomes important to leverage automation testing to test user flows and game performance.

Essential tools should be used for logging CPU, GPU, and battery-related information to keep a watch on the gameplay vis-à-vis device performance. Game stability should be considered of prime importance during the functional testing process.

Localization testing is a form of testing that ensures that the mobile game offers functionality and usability in a certain locale. As your game gains wider adoption, there is a high possibility that it will gain traction from different countries across the globe.

What if the game gains adoption in non-English speaking markets? In such cases, the game content (e.g. textual, audio, etc.) should be adopted as per the locale.

This is where localization game testing comes into the picture. There are significant benefits of localization testing of mobile games, which in turn increase the lifetime (or longevity) of the mobile game.

This form of testing is important for verifying websites as well as mobile games. Poor rendering of game graphics, sluggishness in the game performance, and excessive CPU (and GPU) consumption can cause a dent in the growth of the game. The prime principle is ‘performance testing of mobile games should be done on actual devices with different device viewports’!

In some form, mobile game testing can be considered as a minimal subset of mobile app testing. Since mobile games involve greater intuitiveness, mobile game testers should run tests on mobile emulators (or simulators) as well as actual mobile devices.

Mobile gaming companies should onboard an experienced game testing company like KiwiQA to accelerate the efforts on the testing front. The team at KiwiQA can also suggest the best-suited testing tools so that the mobile game can be tested thoroughly. Outsourcing game testing services have significant long-term benefits and it’s high time game developers (and gaming companies) reap these benefits!